In securiCAD there is a functionality for merging models. This is especially useful when collaborating with the modeling work or when you are working on several sub-models that you want to merge into one big model and then simulate. 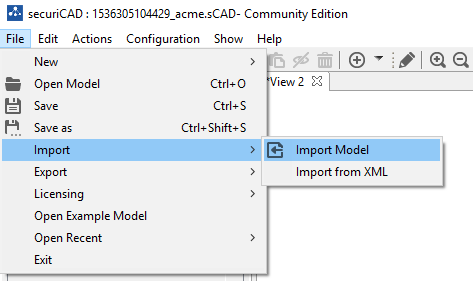 When using this function, you will import a model into the current model you have open in securiCAD including objects, connections and views you have from the model to be imported.

On successful import, you will get a dialogue reporting which objects were added to your current model. 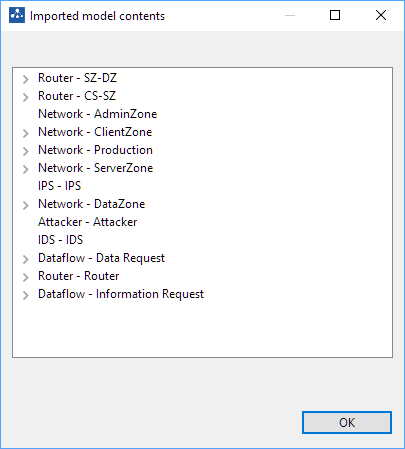 If an Attacker object exist in the model you are about to import, securiCAD will ask you if you want to include it as well. If you do (and you already had an attacker in your current model), you will have two attackers in the model you are working on. There is no logical problem with this, but since attacks are coming from two directions, the attack influence might be a bit tricky to follow.