Looking to the right in the High Value Assets table, we find the Critical Path icons to every asset.

Clicking on for instance the Critical Path icon of Customer records / Write, will show the most likely attack path that securiCAD has found. 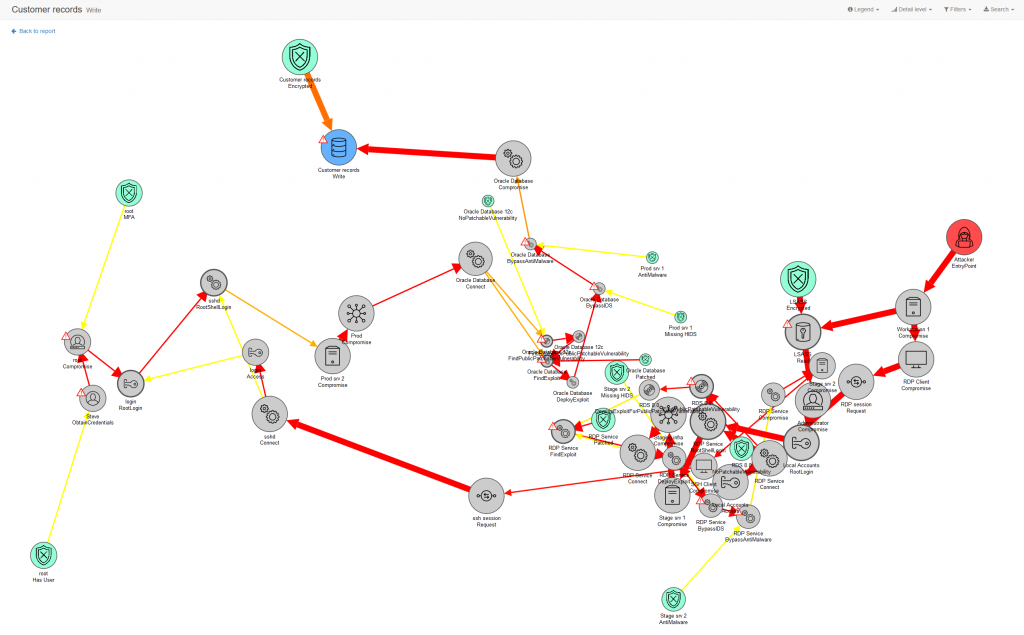 What we see here is the most likely attack path. Every bubble is an attack step and the arrows in between them indicates how hard each “jump” is expected to be and also how important it is to the attacker.

The above set of attack steps illustrate the beginning of the simulated attack. To a penetration tester, this is trivial but useful to illustrate how attack steps are drawn.

This way you can investigate different parts of an attack path or a kill chain to review it or to see possible mitigations related to this particular attack path.

However, depending on your security analysis approach, this might not be necessary at all.