The Application object is representing any type of application that is running in an environment like for instance;

The connection hierarchy can be verified by enabling the "endpoint labels" in securiCAD Enterprise. The hostApp label is showing which application is hosting the child application.

The "in" and "out" labels only refer to the reachability and the initiation of the requests. Once an incoming request has been made, the connection is considered bidirectional.

Please refer to the section describing the Data object in this language reference guide.

The two AppExecution options are for defining which parent application the IDPS (application) is hosted by. An IDPS object is actually inheriting its functionality from the Application object which means that it has all the properties of an application but is also capable of protecting other applications. However, the operating system it is running on (hosted by) can in turn have vulnerabilities and be compromised.

Like with the parent/child application relation, connect from the parent (OS) to the child (IDPS) and select AppExecution (appExecutedApps --> hostApp).

In relation to an Application object, a RoutingFirewall object can be managed by or hosted by an application. The following example is inspired from a typical PaloAlto setup with centralized management. The firewall appliance is running on the PanOS operating system, it is managed by the Panorama centralized management solution and the RoutingFirewall object ties it together with the different policies defined in it.

Examples of vulnerability types that can be represented; 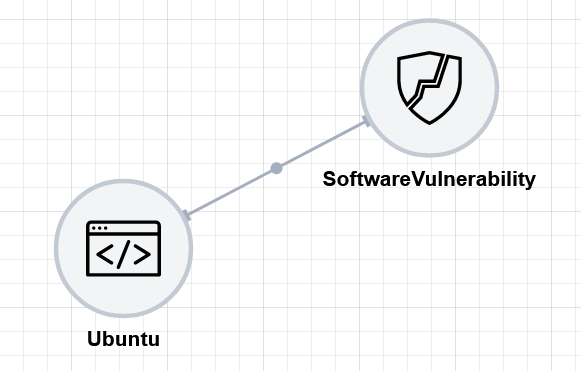 The exploitability and the impact of a vulnerability is also defined using the defense-properties.

For a detailed description, please see the section describing the SoftwareVulnerability object.

Connecting a SoftwareProduct object to an Application object is adding "release" related security properties to the Application.

This makes it possible to connect SoftwareVulnerabilities to the SoftwareProduct to define release-specific vulnerabilities.

Connecting an Application object to a System object is defining which hardware it is hosted by. It is often optional to define which hardware an operating system is running on. The addition of System is mainly interesting when also taking hardware vulnerability analysis into account. Since System can also be connected to a PhysicalZone object, the System is also an interesting object for such analysis.

However, a System object does not represent an operating system or a virtual machine. These are represented using nested Application objects instead.

For a virtualized environment, where several systems, or guests, are running on top of a hypervisor, the different operating systems of the guests shall be connected as child application to a parent application which will be representing the hypervisor. This hypervisor can then be connected to a System object. 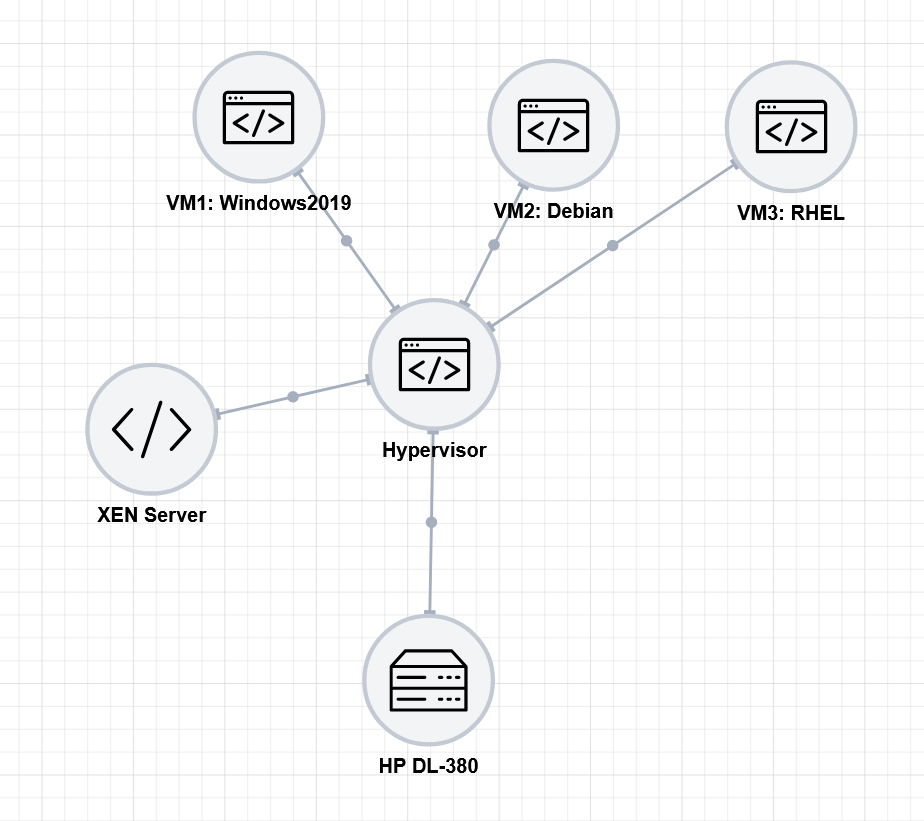